Back to Upcoming Events

On October 11th–13th, Ryan Calo will be presenting at the Drones & Aerial Robotics Conference in New York City, a multidisciplinary conference about Unmanned Aerial Vehicles (UAVs) and drones—with an emphasis on civilian applications.

Ryan Calo will be presenting Deception, Unfairness and Manipulation: Protecting Consumer Privacy Today and Tomorrow at the IAPP Privacy Academy, September 30-October 2. Everything costs $9.99—and no one cares. Companies already take advantage of a general understanding of how consumers can be coaxed out of money. But increasingly, companies can use big data and other […] 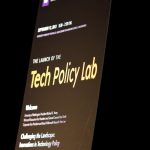