The advent of automated vehicles (AVs)—also known as driverless or self-driving cars—alters many assumptions about automotive travel. Foremost, of course, is the assumption that a vehicle requires a driver: a human occupant who controls the direction and speed of the vehicle, who is responsible for attentively monitoring the vehicle’s environment, and who is liable for most accidents involving the vehicle. By changing these and other fundamentals of transportation, AV technologies present opportunities but also challenges for policymakers across a wide range of legal and policy areas. To address these challenges, federal and state governments are already developing regulations and guidelines for AVs.

Seattle and other municipalities should also prepare for the introduction and adoption of these new technologies. To facilitate preparation for AVs at the municipal level, this whitepaper—the result of research conducted at the University of Washington’s interdisciplinary Tech Policy Lab—identifies the major legal and policy issues that Seattle and similar cities will need to consider in light of new AV technologies. Our key findings and recommendations include: 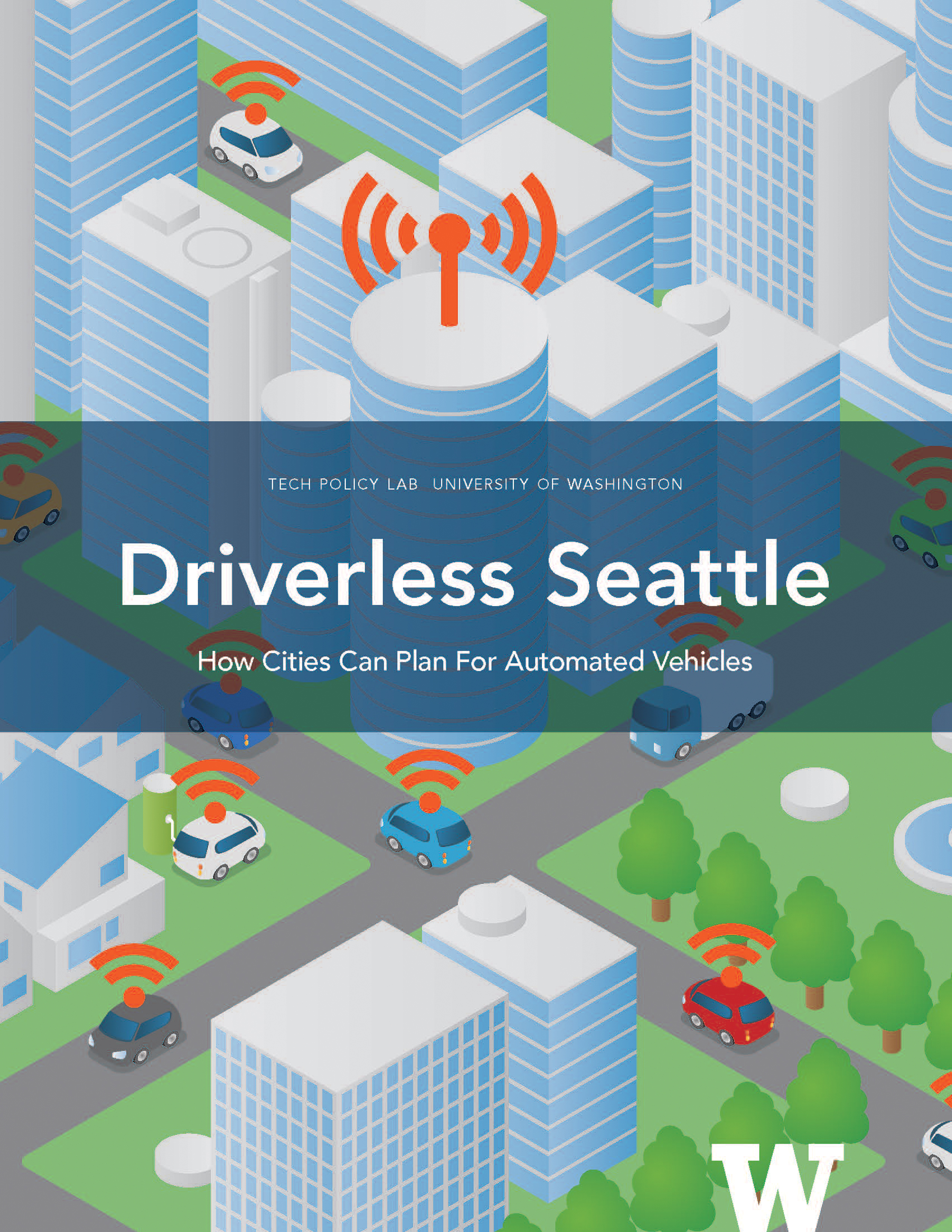