What we have learned from avatars online revolves around what Ran refers to as “the psychology of an avatar.” His research aims to gain a better understanding of how a person’s avatar fits in and interacts with others in virtual worlds. Ran’s findings have linked taller avatars to better success rates in closing deals and transactions with other players. Social stigma concerning appearance still exists in these online communities. As an example, Ran explained that an avatar with a birthmark on its face, even when the player is broadcasting his actual face through a chat portal, will be treated differently than someone without the birthmark. Movement also factors into interactions online. Avatars that move their head as they speak, similar to someone speaking in real life, offer a movement that feels more realistic to other users and one that has shown to get more attention from those users. Proximity is recognized as well, with users preferring to maintain a normal conversational space. These qualities of avatars that Ran highlighted at iAffiliates serve to define a space that is becoming more and more populated, a space that has also become an eleven billion dollar industry.

Object creation was the center of Ran’s conference lecture, he detailed just how far building within virtual environments has come. Using Second Life as an example, he explained the digital portability of objects. Users can come together within the virtual environment and create a new object for it. For instance, if three users wanted to create a door, one could make the model of the door and define its shape. Another could create the texture of the door that is placed on it to make it resemble its real life counterpart. And finally the third user could create a script for the door to open and close. A key feature  of this door is that IP rights are encompassed in its creation. Users can then then turn around and not only sell the product or a copy on the market, but also prevent others from building their own copy of the product itself or any IP protected feature of it (i.e. the second user’s texture. This step is what has transformed object development into the eleven billion dollar industry it is today and makes the online avatar relevant in discussions across many fields.

For now though, Ran recognized that virtual environments are big and though they have been since 2003, they have not yet been recognized by most as one of the next big things in the technological field. The reason for this is two-fold: Realism and Cost. Concerning virtual worlds, the realism idea of the uncanny valley holds that humans will have a hard time playing within hyper-realistic settings or even playing through an avatar that looks like them. The similarities become too unnerving to a user and drive them away from the game. Cost has also held users back as even owning a region in Second Life costs $1000 to begin with and $295 every month. Ran did not seem concerned when addressing these issues, he expects the industry will continue to be on the rise. Part of those expectations stem from understanding that a product like this is likely to attract a different form of customer – retail. Will customers be able to walk down the virtual aisles of Costco or Amazon anytime soon? Ran sees it as a definite possibility, and one that could elevate the industry to even greater heights. 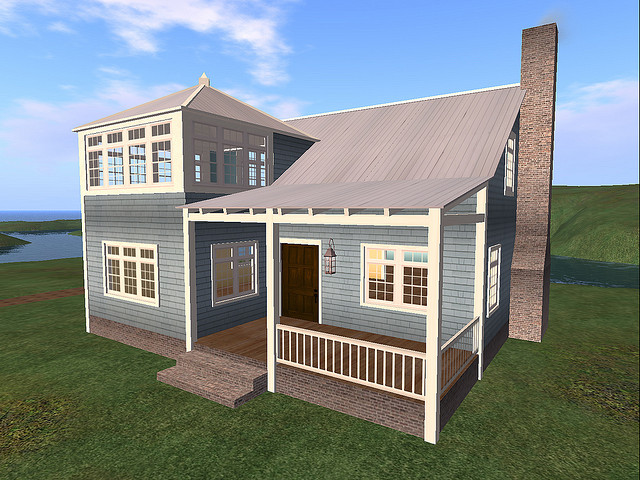