Beam Me Up, Scotty (But Pay the Toll First)

(photo credit Flickr/FreePress) Chief Engineer Scott of Star Trek had an answer to long distance travel (be it interstellar or across a backyard): “beaming”. While the technology of disassembling and reassembling people atom by atom remains elusive, many companies today are focusing on a different kind of “beaming” [1] – mobile robotic telepresence (“MRP”). MRP […]

This week marks the beginning of the International Conference on Human Factors in Computing Systems, better known as CHI, where Tech Policy Lab member Tamara Denning will be presenting her new paper on augmented reality glasses. In the video preview on YouTube, you can see an explanation of how they examined perspectives on bystander privacy […] 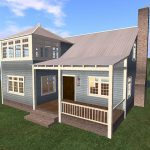 Communications of the ACM

Augmented Reality (AR) technologies promise to enhance our perception of and interaction with the real world. Unlike virtual reality systems, which replace the real world with a simulated one, AR systems sense properties of the physical world and overlay computer-generated visual, audio, and haptic signals onto real-world feedback in real time. In this article, we consider the security and privacy concerns associated with AR systems themselves as well as those that arise from the supporting technologies.

(pictured with fellow Tech Policy Lab member Ada Lerner) The Tech Policy Lab has interesting projects in the works thanks to our student scholars. We are lucky to count Franzi Roesner from UW’s Computer Science & Engineering as one of our Lab members. Part of the 2013 Rising Stars in EECS at MIT, Franzi is […]

Can You Sue a Robot for Defamation? – (Forbes Cross-Post)

(Image courtesy of Katy Tresedder) Life moves pretty fast.  Especially for journalists. When an earthquake aftershock shakes America’s second largest city, news outlets scramble to be the first to cover the story.  Today the news itself made news when various outlets picked up on a curious byline over at the Los Angeles Times: “this post […]

Robot Research at the University of Washington

The Tech Policy Lab was proud to sponsor the 2014 Winter Scholars’ Studio: Robot Research @ the Commons. Scholars’ Studio is an opportunity for graduate students and postdocs to do 5 minute lightning talks describing their research. Imagine trying to explain what may have taken five years to develop for a dissertation in under 5 […]

The Tech Policy Lab works to sponsor interesting tech events and the people involved. This week the Lab is co-sponsoring the Scholars’ Studio on Robot Research and Lab member Tamara Bonaci will be presenting her work. Tamara Bonaci is a Ph.D. Candidate in Electrical Engineering at the University of Washington and her research focuses on […]