‘I saw you were online’: How online status indicators shape our behavior 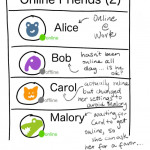 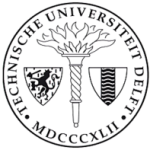 Co-Director Ryan Calo on Adversarial Machine Learning and the Law 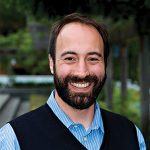 "Three University of Washington professors, including two from the Information School, have been inducted into the CHI Academy – recognized as the highest honor in the field of human-computer interaction."

Lab Co-Director Ryan Calo is featured in a Washington Post article describing how police used Spotify and other streaming services to located abducted kids in Mexico.

Lab members Tamara Bonaci and Howard Chizeck's work on the security of Teleoperated robots has recently been featured in a number of science news reports including MIT Tech, Popular Science, and Ars Technica. "Tamara Bonaci and pals at the University of Washington in Seattle examine the special pitfalls associated with the communications technology involved in telesurgery. In particular, they show how a malicious attacker can disrupt the behavior of a telerobot during surgery and even take over such a robot, the first time a medical robot has been hacked in this way."

Co-Director Batya Friedman Discusses “Can We Build A Safer Internet?” in The New York Times

In a recent article the New York Times asked "Can We Build a Safer Internet?" They examined whether the harassment and hateful internet of today could one day change for the better and discussed the issue with Co-Director Batya Friedman: "The question for designers of online communities, she said, is 'how do we either create virtual norms that are comparable, or how do we represent those things so that people are getting those cues, so they modulate their behavior?'"