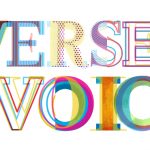 All too often, policy development for emerging technology neglects under-represented populations. In response to this challenge, the UW Tech Policy Lab developed the Diverse Voices method in 2015. The method uses short, targeted conversations about emerging technology with “experiential experts” from under-represented groups to provide feedback on draft tech policy documents. 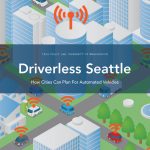 Lab Director Ryan Calo’s new paper, “The Case for a Federal Robotics Commission,” has received recognition from both the Washington Post and Slate. The paper is part of a series hosted by Brookings that attempts to anticipate and address the legal issues that will arise as civilian robots become more common.

University of Washington Launches Interdisciplinary Tech Policy Lab with $1.7 million Founding Gift from Microsoft SEATTLE, Washington – September 13, 2013 –The University of Washington announced today the launch of a pioneering laboratory designed to examine cutting-edge issues such as cybersecurity, consumer privacy and online censorship, and to improve national policies on new technologies. Leaders from […]